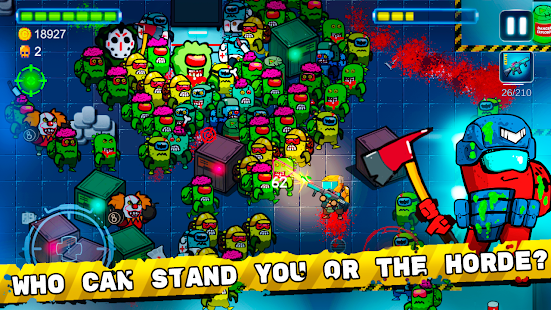 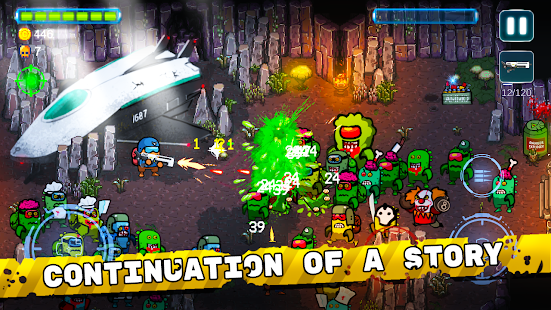 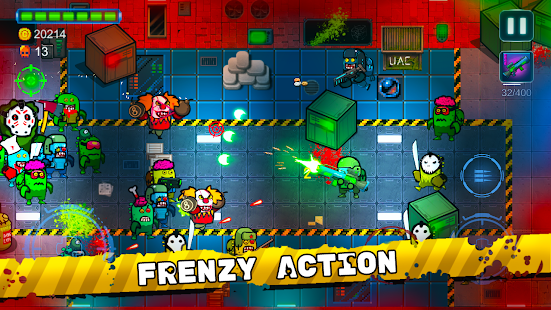 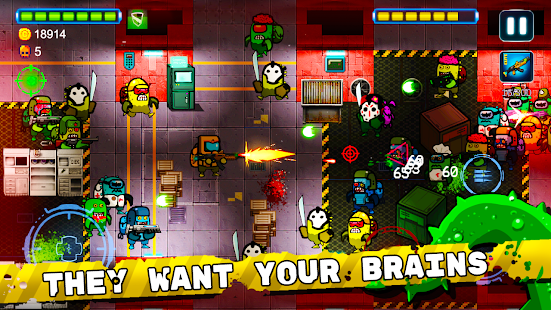 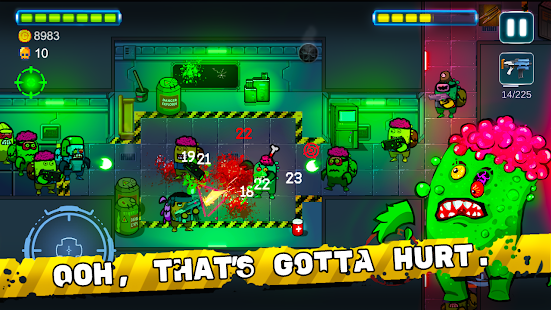 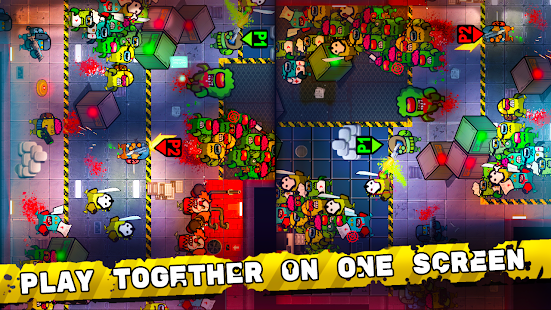 ZOMBIE APOCALYPSE ON A SPACE STATION IN THE DISTANT GALAXY …

– Good evening galactic news reporters:
– The imposter started an outbreak of a zombie virus on the “HYPERION” space station.
– The last words in the message of the radio station were “Zombies attack us!!!”.
– At the moment, a rescue operation is underway.
– How will the galactic government react to this?

★★★
A group of brave mercenaries took on the task of obtaining a certain artifact, which is located at the station among the zombies. Your goal is to survive on this space station in dead space and get an artifact in order to get a great reward for it, at the same time find out what happened to the team and figure out how this infection spread.
You will fight a horde of zombies and try to survive in this deadly hell using a variety of guns.
Find the imposter among the zombies!

Play space top-down shooter with horror elements.
The action shooter “Zombie In Space” has a fantastic RPG atmosphere. This action adventure shooter also contains links to sci-fi movies. Funny jokes and good humor that dilute this horror and dark atmosphere a little, so that you can relax and get ready to join the fight in the next hardcore battles with infected and insane zombie among us.
★★★

Features:
• Play for two, on one device, or alone.
• A huge arsenal of weapons ranging from classic battle rifles to plasma cannons that you can use to defeat an entire zombie army.
• Destroy hordes of unique zombies. You will meet both ordinary zombies and evil clowns, and zombies with machetes, as well as huge bosses.
• Upgrade your mercenaries to defeat the most powerful enemies.
• Complete missions and unlock all levels. The game contains various skills and bonuses, scattered across the levels, allowing you to temporarily improve the player.
• Play offline.
• Top-down zombie action;
• Indie game about zombie shooter with RPG elements;
• Super easy controls;
• Brutal boss fights.
Game release, meet the new zombie shooter!
Added new levels.
Super weapons!